Ainslie Meares was born in Melbourne in 1910. After graduating in medicine from Melbourne University, Dr Meares spent some time working at an army hospital treating soldiers who had been mentally disturbed by their war experiences. It was this exposure to the suffering caused by anxiety and the insightful link he made between anxiety and its relationship to physical illness that led him to dedicate his life’s work to the field of psychiatry.

After the Second World War, Dr Meares continued practicing psychiatry but became disenchanted with cognitive treatments such as psychoanalysis as well as electric shock and drug therapy.  A man of vision and always an innovator, he experimented and introduced numerous strategies and techniques within psychiatry, many of which have been absorbed into the general practice of psychiatry and psychology in general. In particular his expertise in clinical hypnosis brought success but within this aspect of his work Dr Meares discovered a new theory:  some patients recovered with his assistance without deep-seated problems being resolved. He began to identify the reason for this as a different state of mental function which resulted in the body’s ability to naturally heal.

In seeking to learn more about brain function Dr Meares travelled widely, witnessing and studying various mental states and the role these played in the lives of people from different cultures.   These studies confirmed confirmed to him the importance of treating his patients for anxiety, illness and pain by allowing the mind to rest – in his view, enabling the homeostatic mechanism for the self regulation of the nervous system.

While honouring the value of traditional meditation, from a medical perspective he originated a theory that differs significantly from meditation per se. His objective related only to assisting people in accessing simply the natural undisturbed calm within themselves through the facilitated therapeutic experience of stillness – or atavistic regression, a simple and more primitive meditative experience of absolute naturalness.  This he described as the Atavistic Theory of Mental Homeostasis (The Management of the Anxious Patient: W.B. Saunders Company, Philadelphia & London, 1963).

As his ideas progressed Meares termed his work ‘mental relaxation’ and then coined the phrase ‘mental ataraxis’ meaning absence of disturbance of the mind. Later he adopted the terminology ‘meditative relaxation, and as the idea of meditation in general grew in popularity within Western culture, the broader term ‘meditation’ was employed. To differentiate between the Meares therapeutic meditative approach – his ‘way of doctoring’ – and the range of meditation techniques generally available, the term Stillness Meditation Therapy (SMT®) is used today.   To capture the intangible yet powerful element within his work Meares expressed the essence of his discoveries through prose poetry.  Here is an extract from one of his books:

In the meditation of a way of doctoring

There comes an awareness of another dimension of our being.

An awareness that’s not an awareness.
An experience in which we are not aware of what we are experiencing.
Because I find it hard to tell you about it,
Please, please, don’t doubt its reality
It concerns the spiritual aspect of our being.
Spiritual.  Nothing to do with religion.
And of course, nothing to do with spirits.
Beyond our body and our mind
This is the third component of what we are.
Look at it this way.
In the early days of our race, pre-human or just barely human,
These remote ancestors were aware of their body,
But the mind was an unknown land as yet undiscovered
Over the years many areas of our mind
Have become quite familiar territory.
But beyond, there lies this other land,
The land of the spirit of which we catch glimpses
Just glimpses, when our eyes are closed in meditation.
If it were only myself who caught these glimpses
I would have to agree with you that I was probably mistaken
But this is not so.
Many people who meditate in this way
Have indicated to me that they have had glimpses
Of this third dimension of their being.
It has come to what I thought were most unlikely people
But as far as I know
It has never come to those who directly seek it.

Dr Meares was internationally recognised as a prolific author of some 30 books, among them the classic international bestseller ‘Relief Without Drugs’ (Great Britain: Souvenir Press Ltd, 1968), and over 100 medical papers, published in elite medical journals in Australia and overseas. He was a remarkable man whose innate knowledge and professional skills positively changed the lives of many people. He is owed a huge debt of gratitude.

One of the many people whose lives Dr Meares assisted was Pauline McKinnon, whom he publicly acknowledged as an exponent of his distinctive meditation model. As Director of the Stillness Meditation Centre, Pauline has made the work of Ainslie Meares central to the services of the Centre and fundamental to our success. Pauline’s own story of recovery is described in her book “In Stillness Conquer Fear” and  in 1983 Dr Meares wrote the Foreword to her first edition … click to read it here.  Pauline’s later book, “Living Calm in a Busy World”, published in December 2011 presents a contemporary commentary on Dr Meares work, his theory and its significant benefits for modern living. 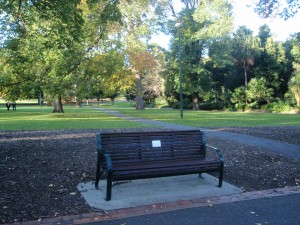 In December 2011, to commemorate the 25th anniversary of Dr Meares passing, at the request of Pauline McKinnon and the Stillness Meditation Therapy Centre, the City of Melbourne placed a special plaque on a designated bench in the Fitzroy Gardens, Melbourne, where Dr Meares used to take his daily walk.   The plaque reads  “Sit quietly, for it is in quietness we grow” .

We invite you next time you are near the Fitzroy Gardens, to take a few minutes out of your busy day, find Dr Meares bench and sit quietly for a while …. 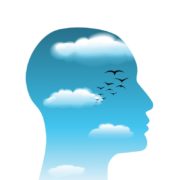 Visit Our Store
Join Our Newsletter

How Can SMT Help?

"SMT has enabled me to become a better husband, father, friend and colleague. I'm no longer consumed by anxiety and I now feel more in control of my life" –Alan
https://stillnessmeditation.com.au/testimonials/2155/
"I'm something of a perfectionist and a high achiever ... in SMT there’s really no 'bar' to reach, no evaluation of quality, just encouragement. That helps me a lot" –Robyn "Where I am right now is out of hell. I have reduced 6 medications to 1. Panic attacks are rare & anxiety is of a far less degree ... I have learned from my practice of SMT that all is OK" –Mary
Meditation Service
2017-04-04T09:35:21+00:00

"I'm something of a perfectionist and a high achiever ... in SMT there’s really no 'bar' to reach, no evaluation of quality, just encouragement. That helps me a lot" –Robyn "Where I am right now is out of hell. I have reduced 6 medications to 1. Panic attacks are rare & anxiety is of a far less degree ... I have learned from my practice of SMT that all is OK" –Mary
https://stillnessmeditation.com.au/testimonials/2157/
"The ability to release tension enormously helped my pain level. I can sleep without interruption ... in all a very positive experience" –Cathy
Meditation Service
2017-04-10T08:11:17+00:00

"The ability to release tension enormously helped my pain level. I can sleep without interruption ... in all a very positive experience" –Cathy
https://stillnessmeditation.com.au/testimonials/2189/
"Your meditation only needs to enter my thoughts and I feel better already and the best thing is, it is with you always" –Chris
Meditation Service
2017-04-10T08:12:05+00:00

"Your meditation only needs to enter my thoughts and I feel better already and the best thing is, it is with you always" –Chris
https://stillnessmeditation.com.au/testimonials/2190/
0
0
Meditation Service

Visit our Events page for the latest on our forthcoming events:

Call us for our on-going SMT programs and sessions

"This book is a safe harbour amidst the storm of anxiety and mental health disorders sweeping the world."
Shannon Harvey, The Connection Documentary